Project Leadership would like to again congratulate the recipients of the 2015 Mentor and Mentee of the Year awards from this year’s Red Rubber Ball Banquet by highlighting their accomplishments and contributions. The Red Rubber Ball event is held at the end of each academic year to celebrate the hard work, dedication, growth, and relationship building that occurred during the school year. This year’s banquet focused on the importance of persevering when trying to reach goals in order to ultimately attain dreams. We believe that this year’s award winners personified what it means to be a true “Dream Chaser”  and “Dream Maker.” 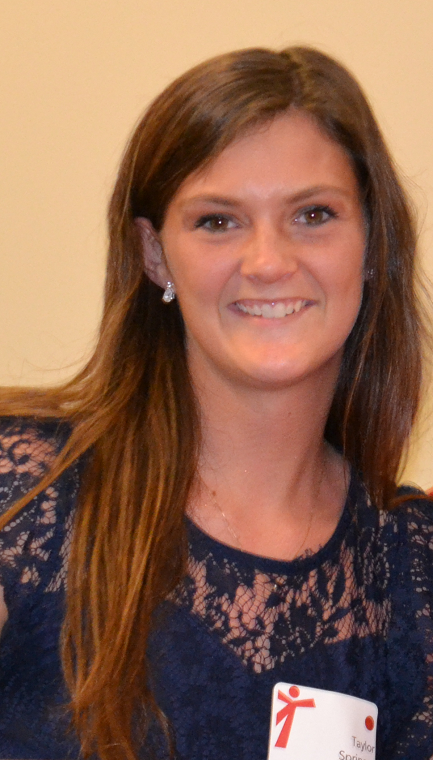 In 2011, when Taylor was interviewed before entering Project Leadership’s mentoring program, she stated that she wanted to be a mentee because one day she hoped to be a good mentor. Today, she is well on her way towards reaching her goals. Taylor was an outstanding student at Wapahani high school. She earned a straight ‘A’ grade point average, and is now gearing up to be a Purdue Boilermaker. From the beginning of Taylor’s time with Project Leadership, she knew she wanted to be a veterinarian. Taylor is now taking the steps to achieve her dream by studying animal science while in college. Here is what her mentor, Brittney Snyder, had to say in her Mentee of the Year nomination:

“There is no doubt in my mind that Taylor will accomplish all of her dreams. Throughout my time as her mentor, Taylor has persevered, regardless of obstacles. She never complains, and never makes excuses. Instead, she simply looks at her options, and takes action to succeed. She challenges herself to become better in everything she does, and encourages others to do the same. There is no one more deserving of this honor than Taylor.”

Once again, congratulations Taylor! Good luck with this upcoming school year – from all of us at Project Leadership!

Project Leadership creates and accelerates local, regional and state education initiatives with a primary goal: degree and certificate completion. We're about improving the quality of life and the economic health of communities by ensuring students achieve an education with value in the marketplace. We're about post-secondary access and completion.